October 03, 2017
Pat Robertson is taking it on the chin again. Seems each time he opines on why bad things happen to us, there is someone to call him on it. Most recently, Dr. Richard Mouw has taken up the challenge in response to Robertson's recent statement on the Las Vegas shooting, in which at least 59 people were killed and more than 500 were wounded in the deadliest mass shooting in modern U.S. history. In a piece, titled, " You've Been Warned, PatRobertson! " Mouw, for whom I have deep respect, pens, "It didn’t take long for some preachers to start telling us why God caused the horrible mass murder in Las Vegas to happen. Pat Robertson led the way, declaring that it was divine retribution for the widespread 'disrespect' for Donald Trump in America." If Robertson had limited his rationale for the Vegas shooting to God punishing us for people dissing the President, I'd be smacking him on the chin myself. But he didn't. Robertson'
Post a Comment
Read more
Recent posts

September 14, 2017
It was an evening of open discussions on Facebook like any other. But something unfortunate happened that night. A former student of mine, a young black woman, unfriended me. Why? I wrote to her that, as a Christian, her value and identity were found in Christ, not in her racial identity, and that that same truth applied to me as a white male. She wrote back that my words “hurt.” She went on to say that my brand of hate would not be tolerated on her timeline and that she would pray for my “ignorance.” Where racial discrimination exists, it is wrong. Its existence is one reason I have labored to plant two colleges, one in Kenya, the other in Congo (DRC). I love my African brothers and sisters, as well as my students of color in the U.S. and elsewhere around the world. Given the sadness I felt over the Facebook incident, I’m concerned that cultural norms are a bad remedy for healing wounds caused by racism. So, I feel compelled to ask a question. Are secular values the real answ
1 comment
Read more

Why the Nashville Statement Preamble on Gender is Correct

September 09, 2017
In its opening Preamble, the Nashville Statement : a Coalition on Human Sexuality, makes an important point on human gender. It reads Many deny that God created human beings for his glory, and that his good purposes for us include our personal and physical design as male and female. It is common to think that human identity as male and female is not part of God’s beautiful plan, but is, rather, an expression of an individual’s autonomous preferences. The pathway to full and lasting joy through God’s good design for his creatures is thus replaced by the path of shortsighted alternatives that, sooner or later, ruin human life and dishonor God The Statement remarks on “male and female” largely due to the assault on what is called Cisgender (Cis), a term for people whose gender identity matches the sex that they were assigned at birth. According to advocates for the transgender lifestyle, sex and gender have nothing to do with one another. But is that true? The answer is no. H
1 comment
Read more

September 08, 2017
In 1961, the Supreme Court ruled in Torcaso v. Watkins that Roy Torcaso need not undergo a religious test for a position as a notary public. The effect was to eliminate all religious tests for public office within the United States. Even mere profession of belief in God was struck down as a prerequisite for state employment. Torcaso  eclipsed the Religious Test Clause of Article VI of the U.S. Constitution, which states that no one shall be required to adhere to any religion or religious doctrine to hold office at the federal level. While both religious and non-religious peoples might agree that the decision in Torcaso was a correct one, now the pendulum has swung to the opposite extreme, whereby America is faced with a new and pernicious problem. The principle problem with America is that we no longer know what we believe as a people . Because most Americans now reject any absolute standard of truth, our nation is unable to discern right from wrong in the face of critic
Post a Comment
Read more

Fighting Abortion is Not the Fourth Sign of the Church

January 27, 2017
Some Christians are what I call, “single-issue.” I recall one family that left a church because everything did not revolve around Evangelism Explosion. But that's just one issue. The issue I'm thinking about is abortion on demand. Some concerned Christians expect their pastor to thunder away almost each week on this topic, or at least mention it. He must make it is his central motif. He must protest outside the abortion clinic. If he doesn’t, he can say he’s against abortion all he likes, but it’s not enough. Motivating the single-issue congregant is a deeper judgment. He thinks that the ultimate reason abortion on demand still happens is because pastors let it. Churches let it. As one who has taken a virulent stand against abortion, both in the pulpit and with pen, I can say without qualification, “I hate it.”  Period. I pray the day that Roe is overturned. Nonetheless, as a former pastor, an as one who may return to the pulpit someday, here’s the bottom line.
1 comment
Read more

Andy Stanley and the “NEW Hermeneutic”

September 08, 2016
The problem of faith and reason is longstanding in the history of theology. Augustine held that faith aids reason ( credo ut intelligam ) and that reason aids faith ( intelligo un creadam ). The church father is, however, inclined to stress the later over the former. It was with Thomas Aquinas, and his Summa Theologica , that the effort to reconcile faith and reason reached its apex. Rejecting the medieval doctrine of double truth, he placed natural reason prior to faith in effectively every area of the Christian life. The restrictions are the mysteries of the faith that reason cannot penetrate. Thomas’ affirmation of the high role of native reason in Christian belief is linked to his stress on dialectical method in study, seminally set forth by Peter Abelard. The form of study is dependent largely on logic to argue both sides of a theological question. Christian belief is thus the proper result of process or synthesis. Faith then assents to the final proposition arrived at by
2 comments
Read more

The Decline of America and the Role of the Church

July 09, 2016
Between the Dallas shootings, the Hillary mess, and so much more, I've been thinking about the relationship of the Church in America to the moral decay and lawlessness in our society. Now, if you think about it, most culture-minded Christians assume that our national problems are largely a byproduct of the failure of churches to "transform" their surrounding culture. They are absentee in their cultural mandate. Having written a great deal on the cultural mandate, I see that  connectivity as well. However, I want to suggest that the real problem is not "with" the church and its cultural program. The problem is instead "within" the Church. Let me explain this nuance. When Paul, for example, says in 2 Tim. 3:1-4 that "in the last days difficult times will come", then gives his long list of difficulties, it is natural to think he is decrying the state of affairs in the culture. But read vs 5. The treacherous people Paul is talking abo
2 comments
Read more
More posts

John Barber
Greetings! I am a professor of theology, a former pastor in the Presbyterian Church in America, part-time missionary, author, husband of Bonnie, and father of Paul and Haley.

One Kingdom: the Practical Theology of John M. Frame 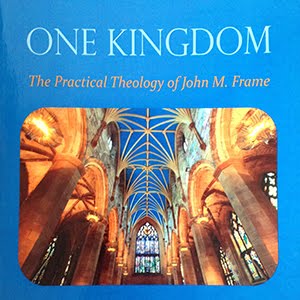 The Road From Eden 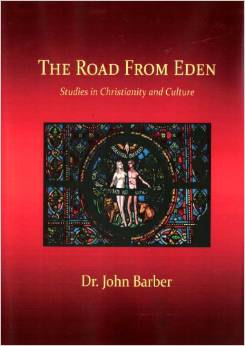 Art to the Glory of God 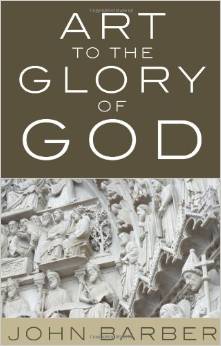 My Almost for His Highest 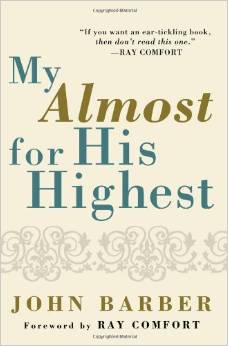